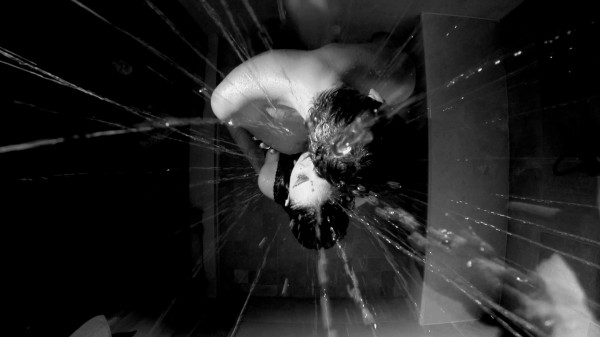 Up until this year I had never wanted to own a GoPro. I had shot with them countless times on commercial and film projects and often got some really great results with them, but I never purchased one as I didn’t think I would get much regular use out of it as it’s application was so specialized. This was mainly because the camera always felt (and was) geared towards the action sports community. It was an amazingly functional camera that was great for POV action shots, but that wasn’t the type of work I was involved with. And further – while you could use it in a pinch on a narrative film (as a crash cam or similar), I was always worried that the one or two shots I might use it for would lack that cinematic feel of whatever other camera we were shooting on as our A-Cam.

I’ve now been converted though thanks to the GoPro Hero3 (a generous gift my my girlfriend Jen!). Earlier this year I wrote a blog about the Sony Action Cam. It seemed to do what I was looking for in a small camera. 120fps at 720p, nice clean build, wifi built in, great price, etc. But after buying it, I quickly realized the quality was simply not up to my standards. It was returned the next day and it wasn’t until the Hero3 that I considered giving another action cam a chance. 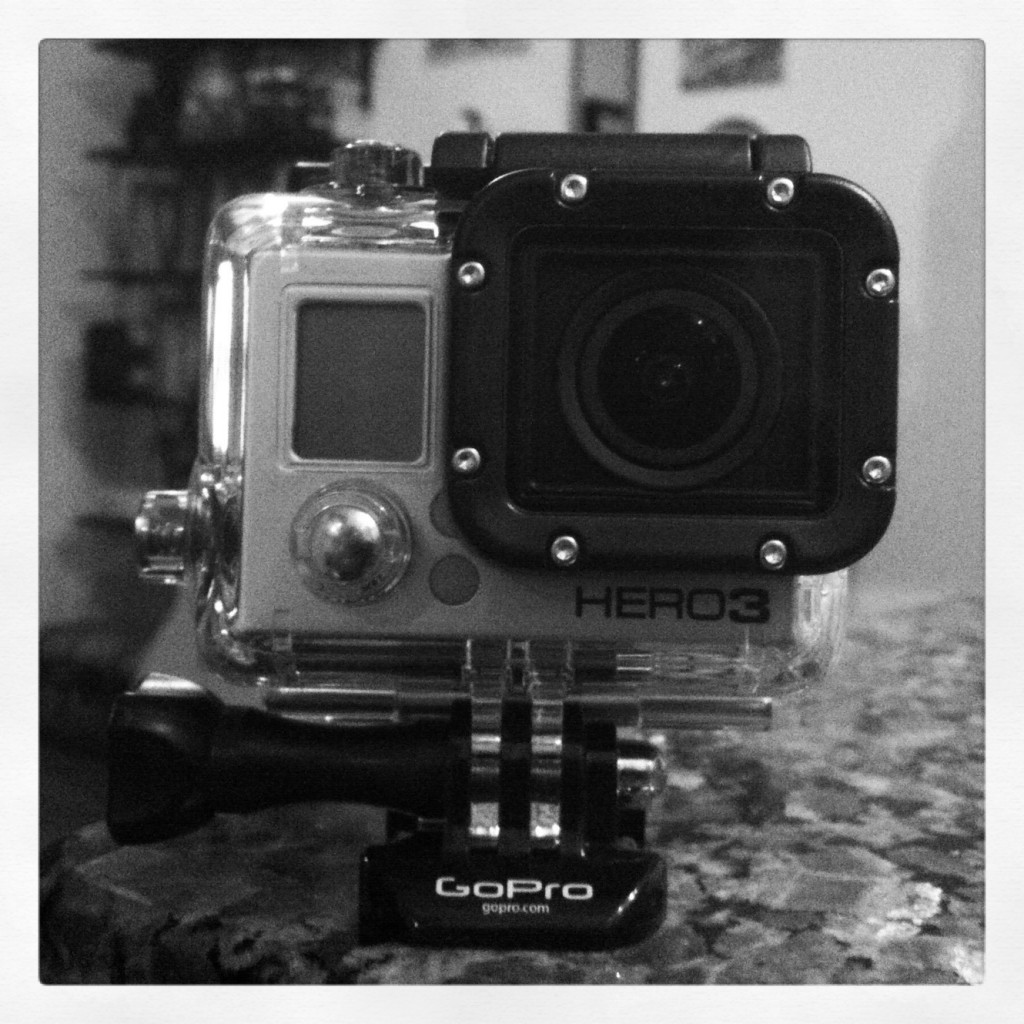 This write up is by no means a full review of the product as I haven’t had enough time with it yet to do so. But it is a review based on my initial thoughts and impressions of the camera using it in test scenarios as well as on a music video last weekend.

I’ll start by saying this – By in large this is the single best action camera I have ever used. It is also the most professional “feeling” action cam as it has a lot of features and modes that are exceptionally useful in a professional production environment.

Here are some of the highlights:

Not only do you have a ton of options in terms of resolutions and frame rates, but they are all exceptionally detailed. I have shot with all four modes listed above and they all look fantastic. Of course as you go up in resolution, the higher res videos are sharper, but I will say that even at 720p this camera holds up really well. And at 1080 (which is what I have used most so far). It looks absolutely incredible.

For those of you familiar with previous GoPro’s this has a very similar build, although it has been refined in many ways. When out of the case you quickly realize how much smaller it is than the previous models. I would guess it is about two thirds of the size of the previous model. It also sports a wifi button on the side panel (which we’ll get to soon).

This is simply an amazing feature of the GoPro. For me, if there is one reason to buy this camera it is ProTune. When in ProTune mode, it allows you to record at significantly higher bitrates (with less compression). It also records in a log-curve that allows you to have a lot of room in post to do color grading. Seeing as a lot of my day to day work involves color grading, this feature is nearly always set to “on” on my GoPro.

With that said, there are some slight limitations. When in ProTune mode, certain fields of view or frame rates are disabled. I would assume this is because there is too much information to process at that data rate. With that said, any of the modes I have ever needed to use have all been available in ProTune.

If you aren’t wanting to color correct your footage much in post, you may want to stay away from this feature. It is an amazing option, but it also means that the images coming off of the camera look muddy. Similar to cinestyle on a Canon DSLR or Log-C on the ARRI Alexa. I would imagine some people may get confused when they first see the muddy image and don’t realize it is that way for a reason! With that said, for many people it may be better to keep ProTune off depending on their specific usage.

This is another way to take your ProTune footage to the next level. While in ProTune mode, you can turn on the Cam RAW setting which allows for an even less processed image. Essentially your white balance is recorded in a compressed “raw” (type) of format and it allows for more flexibility in post.

I have always shot with this feature on, so I can not compare to using ProTune without Cam Raw on, but anything that gives me more options in the edit suite is always a good thing, which is why I can’t see myself shooting without it!

The built in wi-fi capability of this camera is remarkable. Essentially you have the ability to either use the wi-fi remote (which is also waterproof) that is bundled with the camera (which syncs very easily), or you can remote control the camera via your smart phone or tablet. As of December 14th, GoPro updated the firmware on their cameras to allow for seamless integration with the GoPro app. This means that with the click of a button, you can send your GoPro video signal wirelessly to your smartphone to use as a monitor or to control the camera with.

You can even change camera settings such as resolution and frame rates from directly within the app. This is great news as one of the big challenges for many with the GoPro is the difficulty to navigate and change menu items. The menu itself (like the old versions) is a bit rigid, but having the ability to change settings more easily on your smartphone is a life saver, especially when the camera is rigged up into a tight space.

Wi-Fi is also a great way to save money if you were going to need to invest in an LCD backpack for your gopro. Now you can just use your iPhone!

The low light capability on this camera is better than other action cameras, but not by a huge amount. At the end of the day, the sensor size is still very small, so without a lot of light, your images are going to look noisy. This is especially noticeable when shooting in ProTune Raw mode as it isn’t processed with noise reduction and as a result the grain is more visible.

This isn’t a deal breaker for me as I wouldn’t expect a camera of this size to be useable in very low light. By the way, when I am refererring to low light, I mean very low light. Like shooting on the street under one lamp. At sunset/sunrise or other types of low light scenarios, the camera performs very well. And the extra boost in performance past the previous version and other action cams is noticeable and appreciated, although I would have loved if it was just a bit cleaner!

I haven’t shot stills with the GoPro yet, but the specs are impressive. It shoots up to 12MP stills and can do a burst mode of up to 30 stills per second. I’m sure this is good news for many!

Below is a shot that I used the GoPro for on a music video last weekend. The camera was rigged up to a showerhead using three elastics and pointed straight down as you can see here: 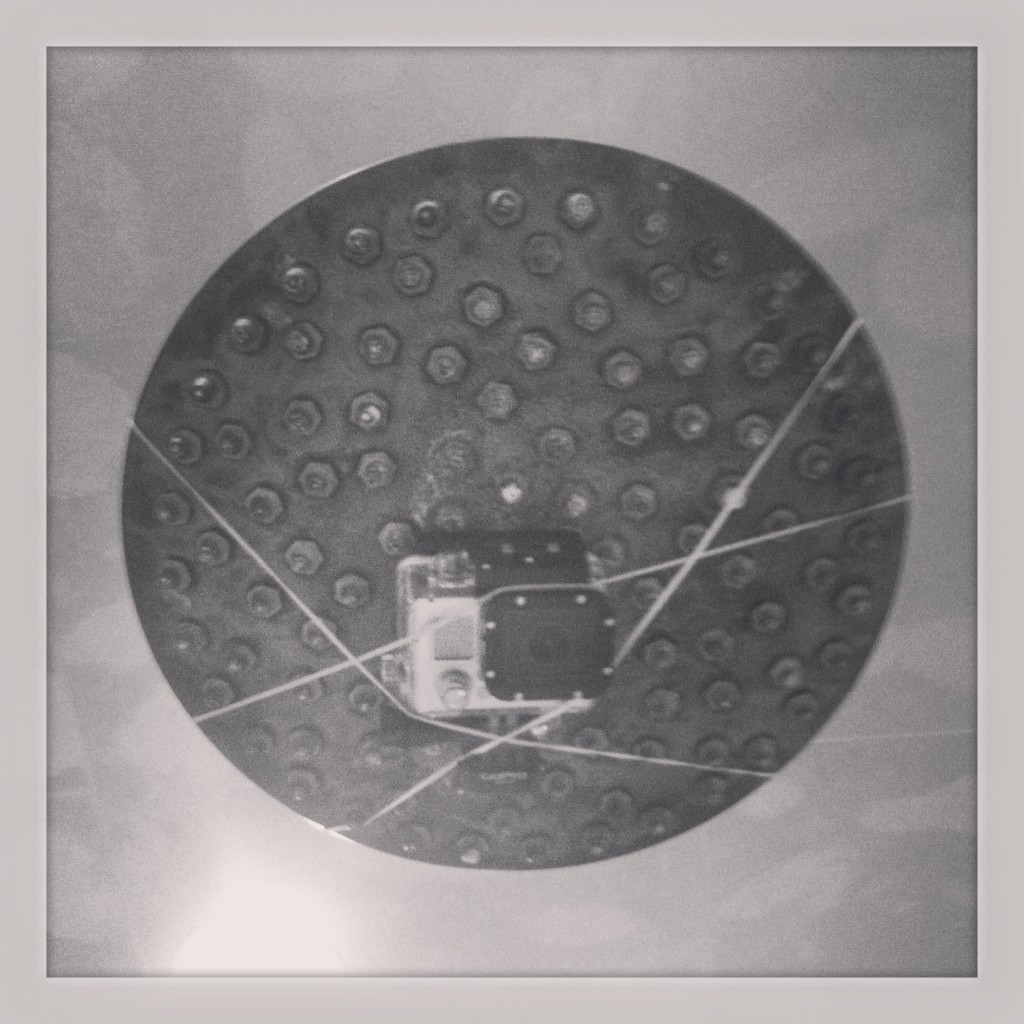 This clip was shot in 1080/60p in medium FOV and obviously has a black and white color grade on it already with a power window:

This is the best action cam out there hands down. Nothing else on the market even comes close. Those with similar specs, don’t deliver with actual quality and competitors seem to be trying to catch up more with the Hero2 than the Hero3. Other competing products are innovating and pushing the boundaries like GoPro which is why I really respect what they are doing.

This is also the first GoPro that really feels professional. It has all sorts of professional features and modes that you have the option of using or disabling, but it gives pros a reason to use this camera over any of the competitors.

Looking forward to 2013 in anticipation of what these guys may bring next.

Cinema Camera Options For Under $10K

Shooting With the GH3 in Sub Freezing Temperatures