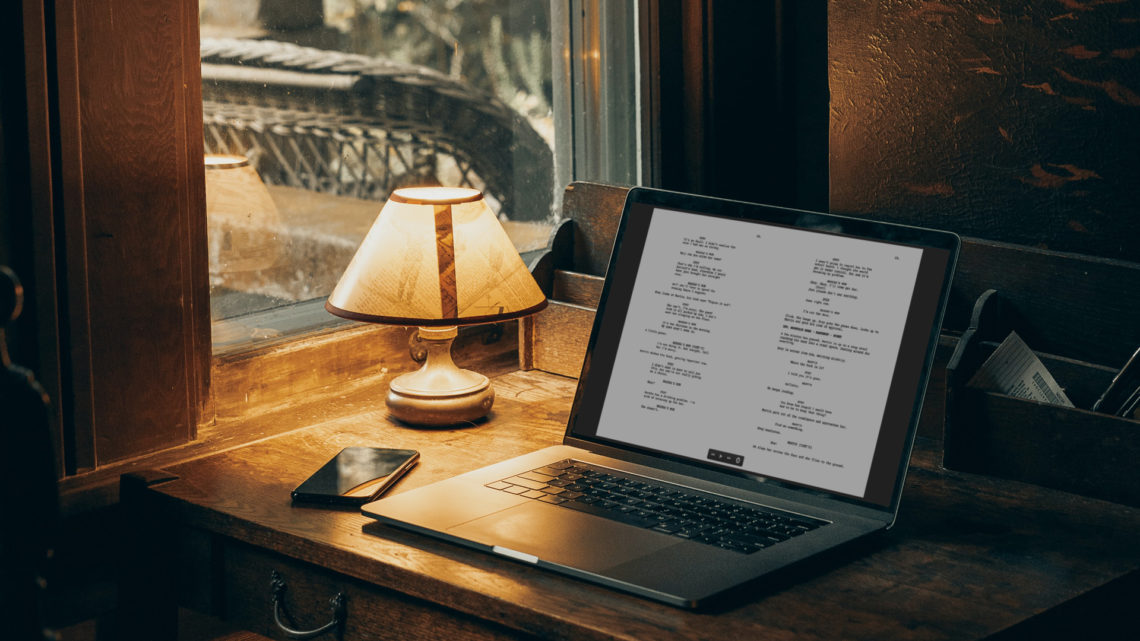 Traditionally, a feature length Hollywood screenplay is supposed to be 110 – 120 pages in length. But as an independent creator, there is a case to be made for embracing a much shorter page count.

For my latest feature screenplay (Shell Shock) I decided to experiment with an aggressive 72 page target, which has opened up some unique advantages. I thought I would use today’s article to discuss my thought process, along with the benefits of working on an abbreviated screenplay.

Before we go any further, it’s important to note that I write material to direct, and this specific screenplay is intended to be produced on a micro-budget.

That means I can basically do what I want (for better or worse), including writing a screenplay with an unusually short page count.

If you are writing material on spec to get produced or sold outright, you probably won’t want to adhere to all of the tactics I’ve outlined. This post is really geared toward writer/directors who are actively pursuing their own micro-budget feature film productions. Not those who are writing screenplays with the intention of selling them.

While both of these features had shooting drafts of about 85 – 90 pages, the finished products (in both cases) landed around 72 minutes.

The abbreviated runtimes came as a result of lots of heavy lifting during post-production. While the initial rough cuts were about 90 minutes each, after tightening things up and deleting a few scenes, both films lost about 15 – 20 minutes of total runtime.

Initially, I had been worried that such a short runtime would hurt my odds of distribution and sales, but as I shared in this article, that wasn’t the case. I never once was rejected by a distributor or festival on the basis of runtime, and if anything working with a shorter runtime opened up some unexpected advantages.

So when it came time to write my next micro-budget screenplay, I couldn’t help but ask myself – What would happen if I actually engineered the film to be 72 minutes to begin with?

My logic was simple: A shorter screenplay would be less costly to shoot, and leave more time for creative experimentation.

My last feature was shot in just 9 days, averaging about 10 pages shot per day. So when I cut almost 20 minutes of material (AKA two full days worth of footage), it was a tough pill to swallow. Nearly 1/4 of what we shot was left on the cutting room floor.

This time around, I didn’t want to be that wasteful.

I determined that working with a shorter page count (72 pages maximum), would allow me to optimize the production phase and create far more flexibility on set.

I could choose to shoot the movie on a 9 day schedule (like the last one), but instead of shooting 10 pages per day I could shoot just 7. That’s a massive 30% difference in production time, that could be allocated to additional shots, coverage, wild lines, or anything else we need.

Or, if I had to, I could shoot the film in just 7 days instead of 9, still averaging 10 pages per day (which I’m comfortable with), but saving 2 days worth of production expenses.

Both options are viable. I will report back in the coming weeks as to which schedule I land on.

Production benefits aside though, there is one big caveat to writing a feature with such a short page count –

Unlike a 90 page script that can lose 20 minutes in post and still run for a solid 70 minutes, a 72 page script doesn’t have that luxury. Cut 20 minutes in the edit, and the movie will be under an hour long. And even though that technically doesn’t disqualify it as a feature film, it is still somewhat in “no-man’s-land” length-wise.

This means I have to be even more diligent with the script than ever before, to ensure everything is likely to make it through to the final cut. Some material will inevitably be cut out, but with some extra time in production for additional shots/coverage, I’m confident that my 72 page script will be at least 72 minutes on the screen.

By choosing 72 pages as my exact page target, the screenplay divides evenly into 4 x 18 page acts as follows:

I like to think about my story structure from this level first, to really pin down exactly which ideas will fit into each act, and where the major turning points will be.

From there, I divide each of my acts in half, thereby creating two 9 page sequences per act:

This allows me to address smaller chunks of the story at once, without getting too lost in the broader story.

You can break things down this way with a script of any page count of course, but it’s especially important on a shorter screenplay where every beat is that much more crucial.

Working in this way tends also to make my writing more exciting, since I can’t lean on any extraneous material to pad the story. I am essentially making a bunch of 9 minute short films that all fit together, and each “film” has its own beginning, middle and end.

Each of these 9 page sequences generally contain 4 scenes, which are 2 – 3 pages in length.

These scenes are like mini-acts, so that each of my 9 minute sequences can have a setup, payoff, and climax, just like the movie as a whole.

Keep in mind that I am also intentionally keeping each scene under 3 pages for production purposes. On a micro-budget feature, shorter scenes are often easier to film as they require less coverage and bandwidth, so I tend to design that into my scripts from the onset.

Shorter scenes are also more intuitive to write (for me at least), which can make for a more streamlined writing process, particularly during the first draft.

When you feel like you need to write 10 – 20 pages a day to be productive, it’s easy to push off your writing to some other time.

But when you know for certain you can make progress by knocking off a two page scene that is pivotal to your story, it’s much easier to just sit down and get some good work done.

When writing my new screenplay Shell Shock, I often wrote as a little as one scene per day. I made time whenever I could. Early in the morning. Between meetings. You name it.

I did have some days when I wrote 10 – 20 pages, but those were the exceptions. This was counter to my last feature, which was written in just 5 days.

On Shell Shock, I embraced a more methodical writing process, as I said focusing on one or two scenes at a time. This allowed me to maximize the little writing time I had available, but still make meaningful progress since I truly understood the context.

Understandably, this process isn’t going to be right for everyone. It’s just an approach I’ve come up with that works for my very specific needs as a writer/director working on micro-budget productions.

It has been working quite well for me so far though, and I will likely apply many of these same principles to new screenplays in the future, even those with longer page counts.

Hopefully this article has been of use to those of you writing your own material to direct, and at the very least has sparked some new ideas.

If you haven’t checked out my article on creating a 40 beat structure for your screenplay, be sure to check that out here.

PODCAST: Director & DP Emily Skye AKA "She Wolf Films" On Blazing Your Own Path In The Film Industry

PODCAST: How To Get $25,000 + Professional Post-Production Services For Your Feature Film With Sam Mestman