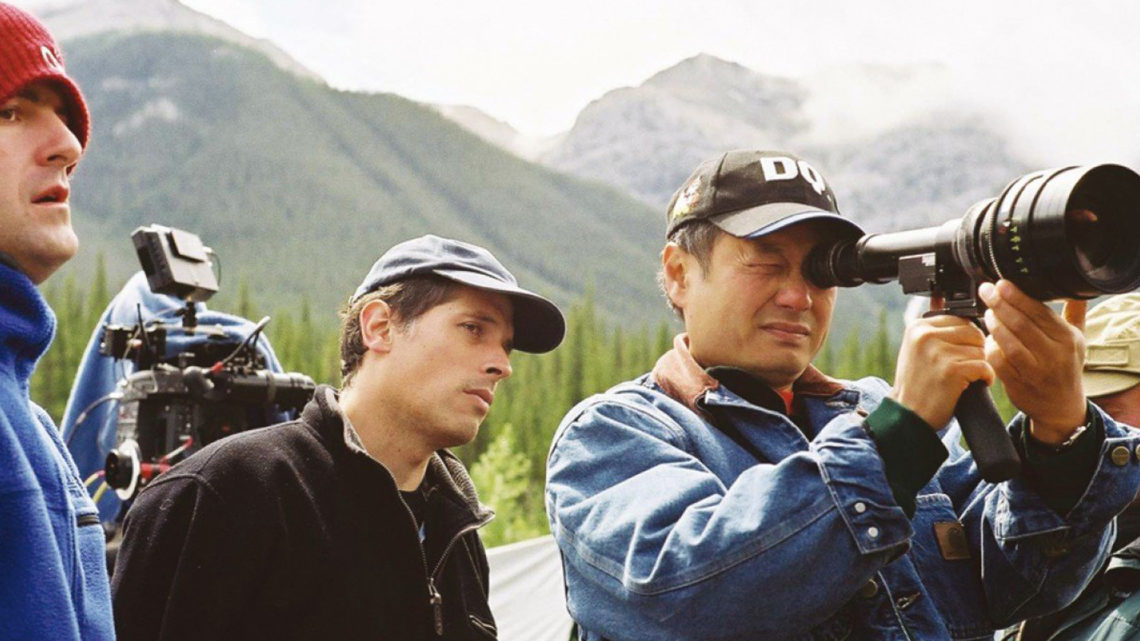 Late Bloomers: Filmmakers Who Started Late In Life & How One Director Broke Through At Age 73

Aspiring filmmakers over a certain age can be hesitant about pursuing a career in film, falsely believing that starting late in life means they won’t succeed. But “late bloomer” filmmakers are extremely common, far more so than the young prodigies we all seem to glorify.

In fact, some of the greatest filmmakers of all time were late bloomers.

Ridley Scott, widely considered to be one of the greatest directors of all time, didn’t make his feature film debut until age 40.

Claire Denis made her feature debut, the now classic Chocolat, when she was 42.

Michael Haneke, another indie filmmaking powerhouse, made his first feature film at 47.

And then there are directors like Alfred Hitchcock, who started earlier in life, but only really hit his stride in his 50’s and 60’s, after he had already directed countless features. The vast majority of Hitchcock’s most notable works were created in this period – from Psycho to North By Northwest.

But no story is more inspiring than Manoel de Oliveira, who didn’t “make it” until he was 73 years old.

The Filmmaker Who Made It At Age 73

Manoel de Oliveira started making films at age 19, but it took him 5 decades before finally breaking through as a full time filmmaker at age 73.

And that was just the beginning.

He didn’t stop making movies until he passed away at 106 years old. Even after turning 100, he was still making a movie every single year.

The vast majority of his professional success – including countless awards at festivals like Cannes and Venice – occurred decades past the typical age of retirement.

Had Manoel retired from filmmaking at age 65 like his peers, he would never have been recognized as such a renowned artist.

By the time he “made it” as a director, many of his contemporaries were no longer working in the industry, if they were even still alive.

But Manoel just kept chugging along. So long that he become the only filmmaker in history to have a career that spanned from the silent era to the digital era. He worked from 1927 – 2015. Pretty remarkable!

The Truth About Late Bloomers

For every child prodigy who was discovered for their genius at a young age, there is someone like Manoel whose genius took a lifetime to fully emerge.

If you haven’t read the Late Bloomers article, I highly recommend you read it here. Especially if you’re an “older” filmmaker, whatever that means…

Below is a quote from Late Bloomers that I synthesized for some context:

Genius, in the popular conception, is inextricably tied up with precocity—doing something truly creative, we’re inclined to think, requires the freshness and exuberance and energy of youth. Orson Welles made his masterpiece, “Citizen Kane,” at twenty-five. But then there was Alfred Hitchcock, who made “Dial M for Murder,” “Rear Window,” “To Catch a Thief,” “The Trouble with Harry,” “Vertigo,” “North by Northwest,” and “Psycho”—one of the greatest runs by a director in history—between his fifty-fourth and sixty-first birthdays. Mark Twain published “Adventures of Huckleberry Finn” at forty-nine. Daniel Defoe wrote “Robinson Crusoe” at fifty-eight.

Gladwell goes on to state his thesis –

The conceptual artist knows exactly who they are and what they want to say from day one. This makes them more likely to break through at a younger age and be recognized as a ”genius.”

The experimental artists takes much longer. They throw themselves into the process of creativity, using their own curiosity as a guide to unearth their talent, which can take years or decades to fully emerge.

Unfortunately, we don’t talk about the experimental artist all that much. We’re too wrapped up in the next 19 year old to win an Oscar.

This is why so many filmmakers quit when their debut feature doesn’t blow up the way Citizen Kane did. They assume failure is a clear sign they should should stop making movies.

But if only they could see themselves more like Manoel, maybe they would keep going. Maybe all it would take is a second feature, or perhaps a third or fourth to hit their stride.

Or perhaps like Manoel, it would take them decades of experimentation before finding their voice and mastering their craft.

In the end, the timeline really doesn’t matter. What matters is the work that we create, and the discoveries we make along the way.

In my opinion, age makes you a better filmmaker, no matter how much (or little) prior experience you’ve had.

Filmmaking, and particularly directing, is all about understanding human emotions, communicating effectively, managing egos, and having humility (at least that’s how it should be!). These are things we all learn with age, regardless of what we do for a living.

A director making their first film at age 50 is – in my estimation – going to make a much stronger film than they ever could have at 20.

Yes, the technical aspects of filmmaking will create a learning curve, and that can be a challenge at first. But ultimately the craft is very learnable, especially with the wealth of resources we have available today.

Life experience though, is not something you can just get by watching a YouTube tutorial. It’s something you only get by actually living, which in a sense, gives filmmakers who start later in life a bit of a creative advantage.

Below is a list of just a few of the directors who made their first feature later than the average filmmaker. Keep in mind, in some cases, it took many more years (or even decades) before these filmmakers truly hit the pinnacle of their careers.

And these are just some of the more well known filmmakers who started on the later side.

There are countless others who broke through in their 50’s, 60’s, or even later.

Look no further than Takeo Kimura as a case in point, who holds the Guinness record for oldest debut as a feature film director. He was 90 years old when his film “Dreaming Awake” was released in 2008.

The “I’m too old” excuse is one of the most common reasons why would-be filmmakers never made their feature debut.

But if history has taught us anything, it’s that filmmakers who started late have repeatedly been able to break through, in some cases rising to the very top of our industry.

So for those of you struggling with the idea of being a late bloomer yourselves, let this serve as a quick reminder to keep creating.

Take a page from Manoel de Oliveira, and don’t worry about how long it takes, or how quickly anyone else was able to break through. Just keep going, and maybe 50 years from now someone will be writing a story about your path too.